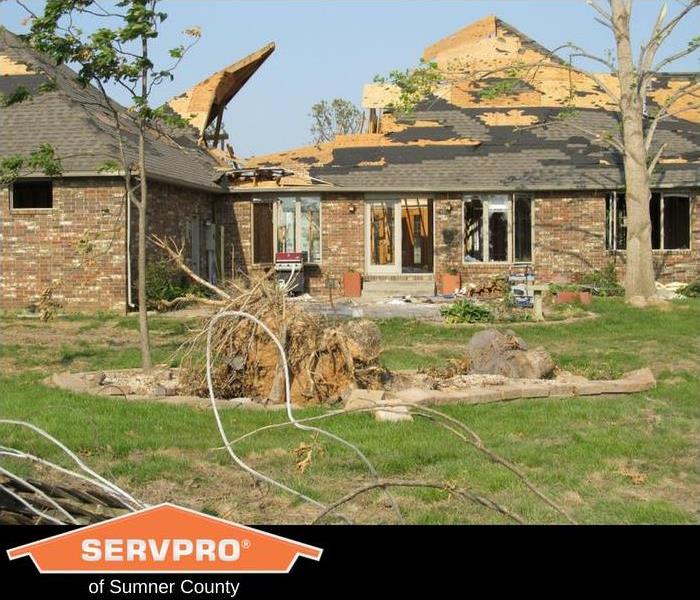 Heavy rains and heavy winds can cause storm damage and can also result in water damage around Sumner County. Most property damage from thunderstorms is from hail or wind, but lightning is also possible. Lightning is a major cause of storm and fire damage in the U.S. The NFPA states that between the years of 2007 and 2011, local fire departments responded to an estimated average of 22,600 fires per year that were started by lighting strikes. In addition to the possibility of fires, lightning strikes can be deadly. Data from the National Weather Service shows that between the years of 2008 and 2012, an average of 29 people per year died as a result of lighting strikes.

Hail storms often come with thunderstorms. Hail occurs when updrafts in thunderstorms carry raindrops upward into extremely cold areas of the atmosphere where the rain freezes into ice. Hail can cause extensive damage to structures, crops, livestock and vehicles.

If a winter storm causes more than a quarter inch of ice on exposed surfaces, the storm is considered an ice storm. Ice build up can pose severe impacts to the residents of Sumner County. Ice can increase the weight of tree branches up to 30 times and can add 500 pounds of additional weight to power lines. If more than half and inch of ice forms on trees and power lines, widespread damage is expected leaving roads impassable as well as residents without power and damage to homes.

The winds from tornadoes wreak havock on whatever they touch. Tordandos are funnels of rapidly spinning air. Winds from tornadoes vary and can top out at 250 miles per hour. Large tornadoes are highly destructive and can clear areas as much as a mile wide and 50 miles long. Tornadoes derive from thunderstoms and are often accompanied by hail.

A blizzard is a severe snow storm that produces winds in excess of 35 miles per hour and low visibility of less than a quarter mile that last for more than 3 hours. By itself, the heavy snow can cause roof collapse and trees to fall. The combination of wind, snow, and cold is very dangerous.