Flash Flooding And How It Affects You 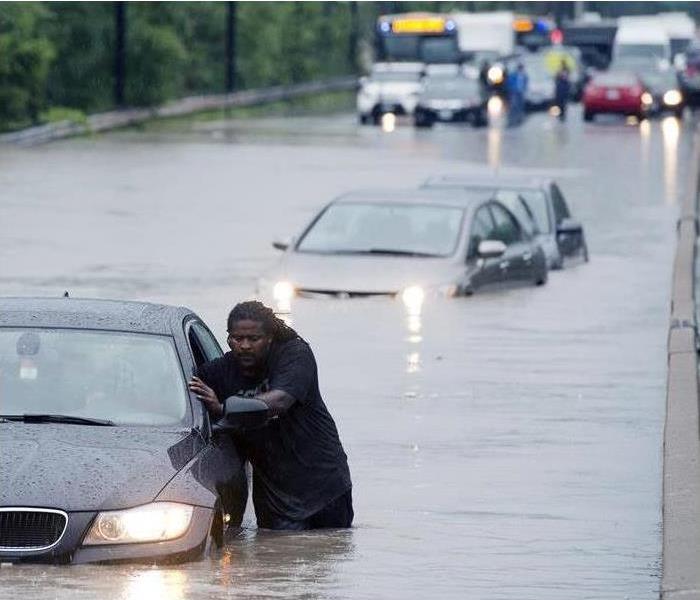 Flash flooding occurs when there is a sudden influx of water onto normally dry land.

Flash Flooding And How It Affects You

Flash flooding occurs when there is a sudden influx of water onto normally dry land. Flooding can happen for many reasons, including heavy rains, ocean waves, snow that melts too quickly or dams and levees that break. Floods are the most common and wide spread weather-related disasters.

Flooding can happen very quickly with little or no warning. The destructive power of a flood combined with unpredictability make them extremely dangerous. Flooding can occur anywhere that receives rain fall. In the United States floods kill more people each year than tornadoes, hurricanes or lightning.

What areas are at most risk from flooding?

Areas that are densely populated are at a high risk. Heavy construction and areas that have little to no dirt or grass that is not covered by concrete have nowhere for water to run off. In turn, instead of the water dissipating back into the ground it rises. In these densely populated areas if the streams have been re-routed underground and into storm drains they are at risk of overflowing and causing damage.

Areas near rivers are at risk. Levees are built along rivers and are used to prevent high water from flooding bordering land. If these levees are not maintained or the rains cause them to fail they cause devastating damage.

Mountains and steep hills produce a high amount of water runoff. If there are streams around these areas it causes them to rise quickly due to the rock and soil sediment. A creek or stream that at its regular depth might be 6”-7” can swell to a 10 foot raging river if a thunderstorm with heavy rain lingers.

Flash Flood or Flood Watch-Flash flooding or flooding is possible within the designated watch area-be alert.

Flash Flood or Flood Warning-Flash flooding or flooding has been reported or is imminent-take necessary precautions at once! Get to higher ground.

Urban and Small Stream Advisory-Flooding of small streams, streets and low-lying areas, such as railroad underpasses and urban storm drains is occurring.

Ensuring that you are well educated on flooding and why it happens is the first step to safety. If you find yourself in a flood situation stay calm and get to higher ground.